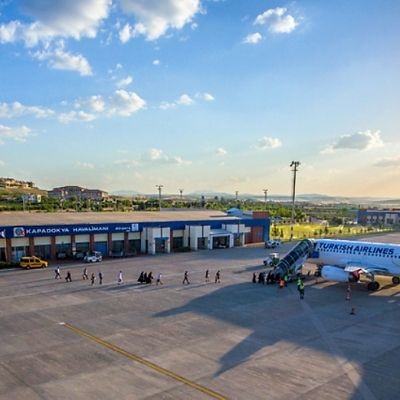 Nevsehir is a Turkish city in the Central Anatolian region known not only for the fairy chimneys and frescoes of Cappadocia but also lip-smacking Turkish delicacies. To explore the city in all its glory, one needs to hop into a reliable Nevshehir airport taxi services. Nevsehir Airport Transfer services include both airport shuttles and taxis. While airport shuttles can get you from the airport to the nearest city bus terminal, the most convenient way of getting around the city is in a cheap Nevsehir Airport transfer services.

State of the taxi system in Nevsehir

The Nevsehir taxi system consists of a variety of taxis like the traditional yellow taxis to more expensive vehicle options depending on your travel requirements. For travellers, especially those travelling in groups, hiring a comfortable and cheap Nevsehir Airport transfer taxi is one of the most efficient options to get around the city while carrying luggage or having multiple stopovers along the way.

The taxi system is standardised in that it runs by the meter. The base fare for any trip starts at 0.5 Euro and an additional 0.4 Euro per kilometre, with a minimum fare of 1 Euro per trip. The mode of payment widely accepted is cash, with a rare few taxi operators accepting online payments or cards. Most Nevsehir private airport taxis charge per passenger instead of per vehicle, which can be slightly heavy on the pocket for those travelling solo. Because of a standardised pricing system, yellow taxi costs can shoot up on routes with heavy traffic or longer waiting times — another hurdle for budget travellers.

While most taxi drivers in Nevsehir are honest, some can get annoyed when asked to accommodate additional requests such as infant seats or sight-seeing stopovers. In view of such issues, we created a unique Nevsehir Airport transfer service, Fat Taxi, where we put your needs and comfort at the heart of our service.

Our standard minivan will hold up to 8 adults as well as 4 large suitcases and 4 carry-ons.

All our vehicles come with free bottled water for each passenger when possible.

Need to be online while you’re on the move? You can work, surf, and check your email via our free Wi-Fi.

Free child and booster seats can be arranged upon request. Please contact us prior to your journey.

Directions for your taxi from Nevsehir Airport

Warning: in_array() expects parameter 2 to be array, null given in /home/customer/www/fattaxi.com/public_html/wp-content/themes/fattaxi/templates/istanbul_airport.php on line 260

Our services, including the Nevsehir Airport Transfer taxi, are designed to cater to a wide range of customer requirements. We provide our customers with the best in class service starting from the time you book a transfer from Nevsehir Airport till the time we drop you off at your desired destination. Our platform encompasses both online and offline booking services, round-the-clock customer support, a range of vehicles to choose from including rentals and group hires, availability of baby seats for families, both cash and cashless payments, end-to-end service prompts via text or email, and lots more!

An airport taxi service tailored to meet your needs

We have a team of verified drivers and support staff who are fluent in English and the regional languages, this helps us break the communication barrier and stand out from the crowd. Our vehicles also come with free Wi-Fi to keep you connected to the internet so you don’t miss out on any updates and can stay entertained through the course of the ride. Speaking of entertainment, our drivers are well-versed with the city maps and history and are more than happy to guide you to hidden gems and important sites en route.

The taxis also have bottled water to help you stay hydrated. Our Nevsehir Airport transfer services are charged per vehicle and not per passenger plus the fares are decided at the start of the ride making sure there are no hidden costs or extra charges — making Fat Taxi one of the top-rated and most affordable Airport transfer taxis in Nevsehir. Additionally, you have the comfort of booking our services in advance or at the very moment you step outside the Nevsehir Airport — with our fleet of vehicles we ensure that we are at your service within minutes of the booking confirmation. When you choose to ride with us, you choose the best in Nevsehir!

The ease of use and affordability of our platform in addition to the various customer-oriented services that we offer are the top three reasons why you can rely on us for a comfortable and hassle-free airport transfer taxi. We make sure to leave no stone unturned for the upkeep of our fleet so that your ride with us is smooth and enjoyable. Our drivers and support staff provide their assistance to you from the moment you book a Nevsehir Airport transfer with us to the moment you step foot in your destination of choice. Our booking and payment processes are transparent end-to-end leaving no room for haggling or worry. We put you and your needs at the centre of our service to make sure you feel right at home in Nevsehir.

How much does a taxi cost from Nevsehir Airport to Goreme?

The Nevsehir Airport lies 40 kilometres away from the Goreme City Centre and the journey takes about 40 to 50 minutes costing approximately 24 Euros to 35 Euros. The journey time and costs can vary depending on the prevailing traffic conditions.

Is the cost of a Nevsehir airport taxi per person?

Most of the taxi operators in Nevsehir prefer to charge per passenger instead of per vehicle. While it may seem cheaper for shorter rides, it can be a hefty price for large groups or long rides. You can choose the Fat Taxi where we charge per vehicle instead.

How much does a taxi cost from Nevsehir Airport to Cappadocia?