The first thing that comes to mind when you think about Antalya may be the mesmerising beaches, the warm and embracing waters of the Mediterranean or the famous nightlife, but there’s actually a lot more to Antalya than what meets the eye. Antalya has a long history as one of the most important locations of the region throughout centuries. From ancient cities and relics to waterfalls and caves, from museums to zoos and ski resorts, Antalya is filled with adventure and fun.

If you’re planning to visit Antalya for holidays, here’s a list of places worth seeing that we’ve picked just for you. 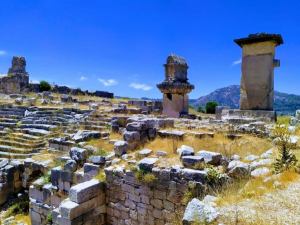 Lycia trekking path has a history of over 3000 years. The path has a wonderful view and you can see over 20 ancient cities throughout its route, including Olympus, Sidyma and Xanthos. The total length of the path is around 600 KM and some travellers go through it with bikes and set up tent at night. Depending on when you visit Antalya, you may want to be careful on your walks since the sun and the extreme heats during noon can exhaust you pretty quickly.

Completing the route of Lycia trekking path on foot takes around a month and requires pre-training. Thankfully there are also tours and short routes to specific parts of the path. 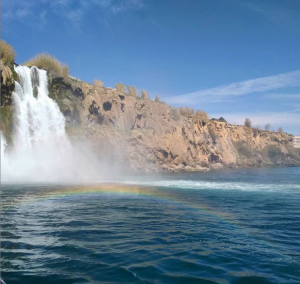 Located in the regional nature park, Duden Waterfalls is one of the most majestic natural beauties in the area. The cold water of the falls comes from Taurus mountains and pours into the Mediterranean Sea from 40-meter-high cliffs. The park also has other great sights to see and points of interest to visit such as the Cave of Wishes.

It is said that Alexander the Great quenched the thirst of his horses in this waterfall, which is why in some sources the waterfalls are also known as Alexander Falls. 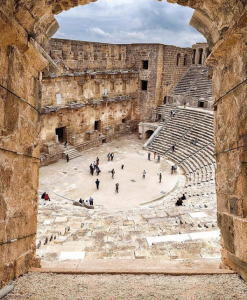 Built in around 2nd century B.C. by the Roman Empire, Aspendos is known as one of the most well-preserved ancient theatres in the world. The theatre was originally designed as a tribute to the Emperor family of Aspendos city and its gods by the architect Zenon, son of Theodoros. The theatre is still being used as an open-air concert hall in contemporary times.

It is said that the acoustic design of the theatre was so well built that if a coin was to fall to the ground on the stage, viewers at the farthest part of the audience could hear it. 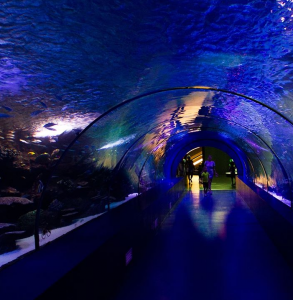 As one of the largest aquariums in the world, Antalya Aquarium is built on a massive 1500 square metre space. The complex has over 40 theme aquariums and holds the title of world’s largest tunnel aquarium with 3-metre tunnel width and 131-metre tunnel length. The winter room inside the complex has many different activities for the visitors as well as igloos and a re-enactment of St. Nicholas’s home in Antalya. The temperature inside the winter room can go as low as -5 degrees while it’s over 40 degrees outside.

There are also many cafes, souvenir shops and a cinema inside the complex, providing a full day of fun activities for you and your family or friends. 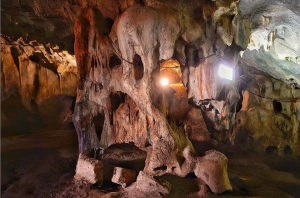 Karain is considered as one of the largest caves in Turkey. The cave’s been subjected to continuous excavations since 1946 and the many findings can be seen in Antalya Museum and Karain Museum. According to the findings and studies, it is believed that the cave has been in this form and state for at least 500.000 years.

There are also numerous findings that suggest human inhabitancy in these caves through very early ages. 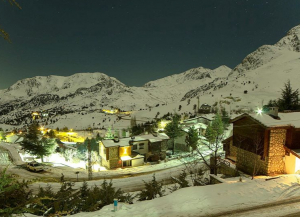 If you’re planning to visit Antalya on off season or you will be there for a long time, you can enjoy skiing between the months of December and March. Located in a 1-hour distance from Antalya city, Saklikent is a ski centre with a height of 2550 meters. The centre has medium and easy paths for skiing and over 400 houses for rent as well as small inns and hotels.

If you visit Antalya around March, you can go skiing in the morning and take a warm dive in the sea by the evening. 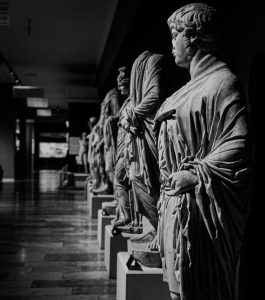 Gathering all archaeological findings from the many historical sites in Antalya at one place, the museum is one of the greatest examples of its kind in Turkey. Exhibitions from Karain Cave, Ancient City of Perge and Lykian ruins are a few of the most important items in the museum. Antalya Museum is divided into halls in order to categorise the exhibited items in the order below:
– Natural History Hall
– Pre-history Hall
– Halls of Ceramics and Small Objects
– Mosaic Hall
– Heads and Portraits Hall
– Emperors and Gods Halls
– Perge Theatre Hall
– Sarcophagus Hall
– Icons Hall
– Hall of Coins
– Ethnographic and Turkish – Islamic Period Works Hall
As seen from the quite long list of halls, the content of the museum is extremely rich and speaks to audiences with many different interests in historical eras and items. The Archaeological Museum of Antalya can be a once in a lifetime experience for you and your friends or family if you’re visiting the city.

The museum was awarded with Museum of the Year title by the Council of Europe in 1988.