Mugla is one of the most popular cities in Turkey for holidays. Both local and international tourists fill the bright streets of Mugla and its districts in the summer. Bodrum, Marmaris, Dalaman and Fethiye is just a couple of the famous coastal towns and districts of Mugla. There is also a rich range of historical places to see and natural beauties to enjoy in the city borders.

Here is a selection of places to visit when you’re in Mugla. 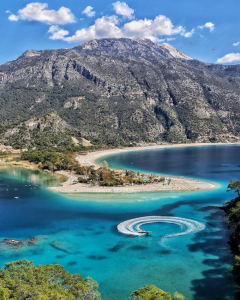 Oludeniz, literally meaning “dead sea” in Turkish, has one of the calmest coves in Turkey. The waters of Oludeniz beach lie like a sheet of fabric even when there are strong winds in the region and high waves in the vicinity. The beach was declared as World’s Best Beach in 2006. If you wish to spend a wonderful time by the sea, enjoying a beach made of golden sand and the serene waters, Oludeniz is a must-visit place.

The reason Oludeniz has one of the calmest waters in the region is due to the fact that there are various natural springs in the area, creating the perfect balance of sodium in the water and maintaining a stream of circulation from the shoreline to the open seas. 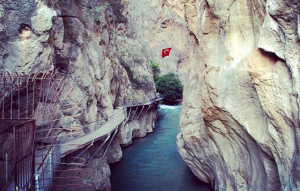 Created by the erosion of strong currents and tectonic movements, Saklikent Canyon is a unique natural beauty. The only way to reach the canyon is through a reinforced bridge, as the water current in the entrance point is still amazingly strong. If you love nature walks and trekking, Saklikent is a great choice to spend your day.

There is also a beautiful, little waterfall in the canyon that you can visit. 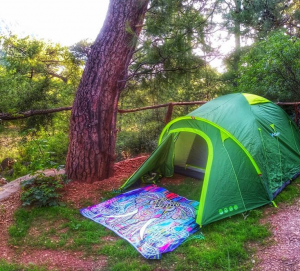 Kabak Cove is an isolated little area with crystal clear blue water and green landscape. The greatest part of Kabak that separates it from other areas in the region is the fact that you can only stay in the designated camp sites with a tent. This prevents pollution and over population in the area, providing a completely isolated time to be spent in the heart of the nature.

There is no hotel or inn inside the imminent area of the cove, creating a flawless solitude among the sounds of animals, soft waves and the starry skies. 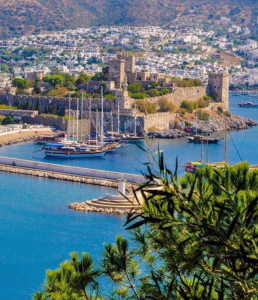 Built between the years of 1406 and 1523, Bodrum Castle was designed as a fortress for the knights of St. Jean. With 2 coves on one side and harbours on the other, the castle is located in a strategic position. The castle has 5 towers, with the largest one standing at a 48-meter height. You can also visit the mosque that was added to the castle after the Ottoman siege.

When you’re visiting Bodrum Castle, you can also drop by the Bodrum Underwater Museum which is situated inside the castle. 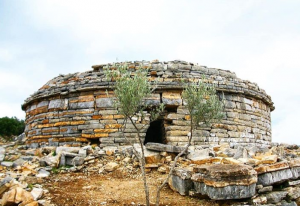 Pedasa is one of the oldest ancient structures in the region as well as the most well-preserved one. Standing tall for over 3.500 years and with various structures such as the Temple of Athena, the city perseveres as a living and breathing piece of ancient history.

Excavations in Pedasa City still continues, with many new findings discovered each year. 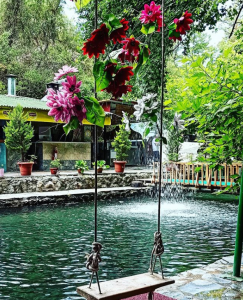 Koycegiz is a small and cozy town; the town takes its name after the lake that is situated next to it. The town is adorned with little wooden houses, boutique cafes and restaurants. You can visit the 7 different lakes around the town, which are home to almost-extinct soft-shell turtle. You can also see the Kaunos ancient city which is located right by the lake.

There are only 7 lakes in the world that are similar to the unique formation of Koycegiz.