The pearl of aegean: Izmir - Fat Taxi Skip to the content

The pearl of aegean: Izmir

Izmir, originally named Smyrna by ancient Greek civilisations, is one of the oldest settlements in the region. While the city has over 3,000 years of urban history, there is evidence of human habitancy in the area as far back as 8,500 years. Izmir has been a trade center throughout history due to being an important port city which also contributed to the city’s rich cultural background and vast diversity.

There are countless places to see and enjoy in and around the city of Izmir and here is a selection of must-see places we’ve picked for you: 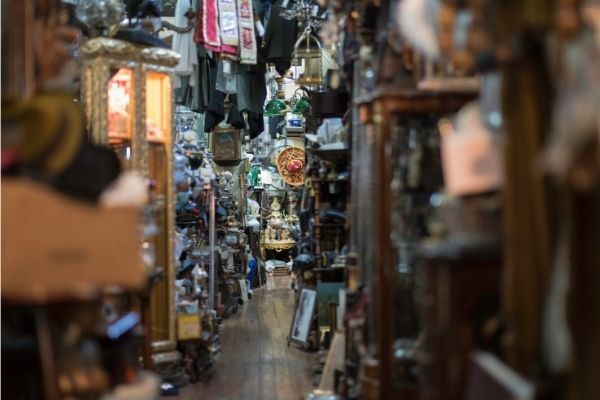 Kemeralti is one of the oldest bazaars in the world with a history of over 2,400 years. Once used in trade transfers for products brought over from eastern countries through the Silk Road, the great bazaar is still a mesmerising plethora of different products. You can find spices, jewelry, clothes and fabric and much more in the lively market. You can also enjoy a delicious Turkish coffee in one of the boutique cafes.

A walk at the historical Kemeralti Bazaar is a wonderful opportunity to experience both the historical feel of Izmir and the local shopping culture of its people with chatty artisans and tradesman who love to haggle. 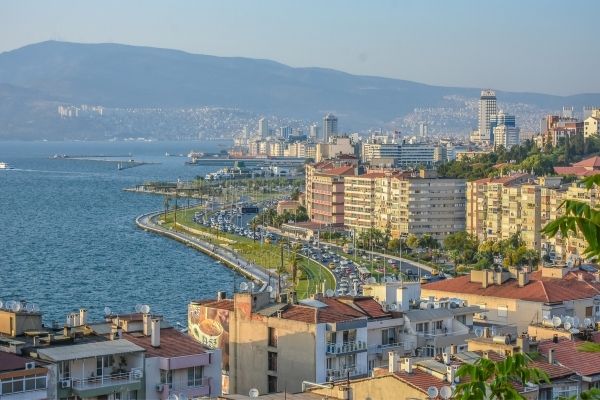 Kordon is the most famous coastline of Izmir and perhaps the whole of Turkey. The vast green grass laid right next to the sea is enjoyably crowded by the people of Izmir throughout the year and especially during the summer. People play games, drink, and chat while lying on the grass and enjoying the view. A rich choice of cafes, bars, and restaurants adorn the avenue right next to the Kordon.

Kordon is a traditional social gathering spot for people of all ages and cultures in Izmir. 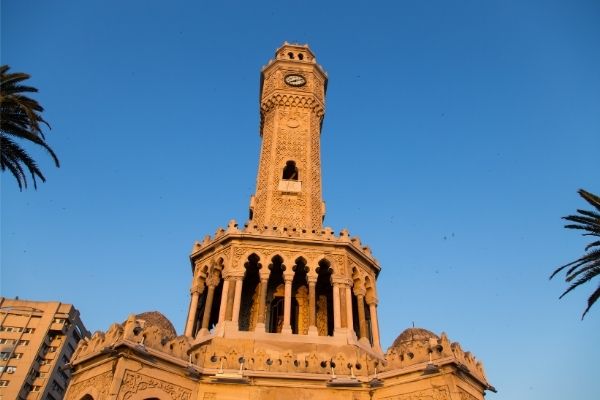 The clock tower is one of the main tourist attractions and a symbol of the city. The tower was built by the order of the Izmir governor as a courtesy and congratulation to Sultan Abdulhamid the second and his 25th year on the throne. The walls of the clock tower are adorned with the period’s ornaments and relics. The clocks on the tower were a gift to the city of Izmir from German Emperor Wilhelm the second.

The clocks of the famous tower have been running since 1901 when the structure was built. 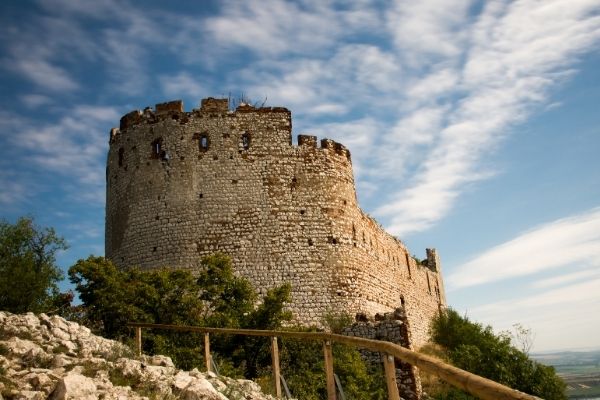 Translating into “Velvet Castle”, Kadifekale is one of the oldest structures in the city. The castle was called Pagos by the Greeks in older times and has a panoramic view of the Izmir coast as well as the city. Kadifekale also has several restaurants and cafes in its vicinity, creating a perfect opportunity to enjoy the amazing cityscape of Izmir while drinking tea or enjoying local delicacies.

Legend has it that the castle was built by the order of Alexander the Great after he saw a dream in which an oracle told him to build a city at this spot. 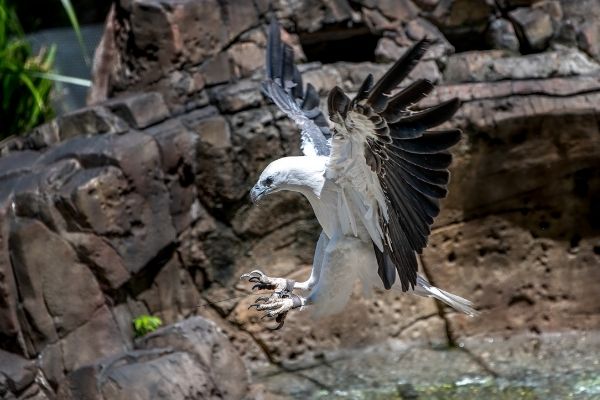 With an enormous space of 425,000 square meters, Izmir Wildlife Park carries on the mission of creating a natural settlement for the animals while allowing people to observe them and get to know about nature. All animals roam freely in their designated areas without any cages and the visitors can witness their daily routine and behavior from a safe distance. The park also has a beautiful lake and a peaceful green pasture for visitors to have a picnic and enjoy nature.

The Wildlife Park is home to over 120 animal species; including tigers, lions, crocodiles, hippos, hyenas and many more. 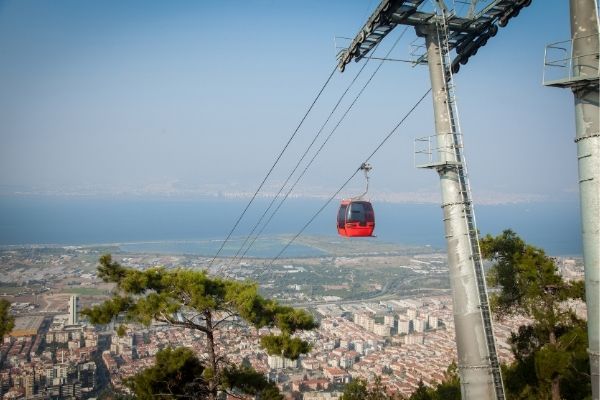 One of the most popular tourist attractions and a wonderful opportunity to see Izmir’s cityscape with all its beauty, the Cable Car takes around 3 minutes to complete its ride and reach the top. Once you’re at the top, you can use the binoculars situated on the observation terraces to enjoy the view to its fullest. There are also small cafes and breakfast shops at the top, but the most popular place is the barbecue venue. You choose the meat and the garnishes you’d like to have and the restaurant provides an already lit barbecue for you to cook your meat and enjoy it while watching the landscape.

Izmir Cable Car travels to a total height of 316 meters with an 810-meter route length. 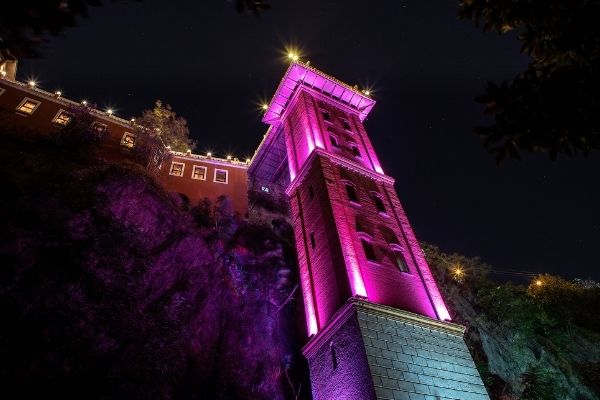 Until the year 1907, the two avenues called Mithatpasa and Sehit Nahitbey had a height difference of 58 meters, and people who wanted to cross from one avenue to the other had to go through a stair of 155 steps. As the story goes, a member of one of the rich Jewish families broke his ankle climbing these stairs, which resulted in the investment by Neslim Levi, an important businessman of the time, for the construction of the historical lift. The lift was originally designed by French engineers to work with hydraulics, before the electricity was used.

Neslim Levi is the great grandfather of the best-selling French author, Mario Levi. 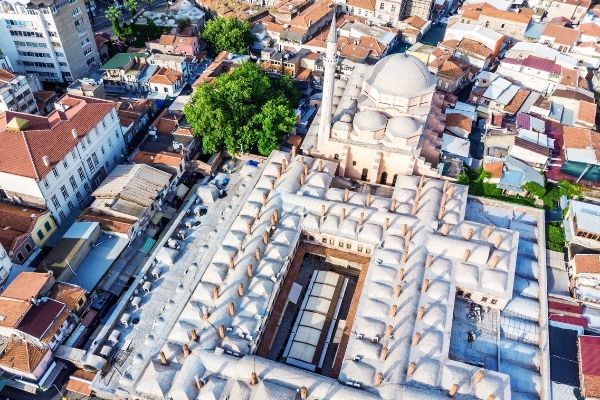 The Kizlaragasi Inn is located in the Kemeralti Bazaar. According to historical data, the famous Kizlaragasi Inn was built in 1743. Being the largest inn of its time, Kizlaragasi is believed to be popularly used by the tradesmen and artisans that arrived at the Izmir harbor. The Inn is now used as a part of the bazaar, with various shops decorating its yard.

When you visit, you can see the chambers used by the visitors and inn’s employees as well as the vast storage facilities.